I was pleased when I first heard about the desire to create a National Broadband Strategy for the Falkland Islands. In so many ways, it is great that such an ambition should be tackled but I can’t help thinking that the scope lacks ambition?

The stated ambition of Communications Week was to help inform FIG and Sure about what satellite capacity is required going forward to satisfy the needs of Falkland Islands Internet users. A starting point of the work was the Household User Habits survey which closed on March 31st 2019. According to the Falkland Islands Regulator’s web site:

“This survey is gathering information on how consumers use the internet now, and aspirations for the future. The results of this survey will contribute to calculating the international connectivity demands of the Falkland Islands providing a clearer picture of what a ‘typical household’ requires.”

Laudable as this seems, I believe that focussing on increasing satellite capacity alone only addresses a part – a not insignificant part I might say – of the strategy that needs to be developed.

After, thinking about the adopted title and the needs of the Falkland Islands in relation to the Internet, my concerns came down to implications of the use of the word Broadband. I may be accused of being a little pedantic but I do not believe that I am and here is why.

What is the definition of the word ‘Broadband’?

Wikipedia’s version is as good as any:

“An Internet service provider (ISP) is an organization that provides services for accessing, using, or participating in the Internet…”.

Sure is an ISP and that is just one of the services they provide in the Falkland Islands. In the Internet value chain, an ISP provides a basic but crucial service of providing its customers with a service to allow them to reliably access the Internet. The only real exception to this is the provision of email services.

ISPs are NOT the Internet. ISPs are important, but they only provide access to the world of the Internet. That is the highly engaging and important world of applications, conferencing, messaging, social media, video streaming and web sites and on-line shopping etc. etc.

There is nothing at all wrong with that as ISPs are a key part of the supply chain, but in reality many have never been satisfied with that clear and simple role.

The telecommunications world has changed dramatically

The market structure of the telecommunications world has changed quite dramatically in the last decade. Providing Internet connectivity services has never been seen as a highly profitable service for telecommunications companies. Indeed, it is often seen as a loss-leading service that they can’t afford to avoid.

For the last ten years telecommunication companies have seen their perceived image of being a core market-leading industry significantly chipped away at by companies known as ‘FANGs’.

Many telecommunications companies are quite envious of the ‘FANG’ companies – Facebook, Amazon, Google, Netflix and Microsoft. It is often articulated in the industry that carriers have all the costs of building global Internet networks while the FANG companies take all the revenues, profit and kudos. This has been articulated so many times over the years I’ve lost count.

This is clearly demonstrated by telecommunication companies use of a term that, in my opinion is quite derogatory, Over The Top (OTT) services. But its use is everywhere as an industry acronym. Carriers feel threatened by FANGs and quite rightly so as FANGs are more and more building their own telecommunication networks.

The reducing importance of carriers caused by the massive financial dominance of the FANG companies is no better shown than in the submarine cable industry. Until a decade ago, submarine cables were designed, built and managed by consortiums of big incumbent carriers such as ATT, BT and France Telecom. Indeed, C&W used to have a fleet of ships installing submarine cables until 20 years ago.

Sad as it may be in some people’s eyes, that is no more. The glory days are over. It is now oft stated that no new submarine cable stands a chance of getting off the ground and financed unless there is a FANG company in the driving seat or at least involved.

FANGs have the billions of $ (trillions in some cases) to pay for submarine cables unlike most carriers who are generally cash poor these days. Google and Facebook are currently the dominant players followed by Microsoft. Amazon has yet to really play but they will. They are often accused of creating monopolies but that is a story for another time.

Certain big telecommunication companies like BT are trying to compete against Netflix and Sky by setting up video streaming services and spending multiple millions of £ buying content, but they are perceived as failing to succeed. Even the BBC is sadly struggling with iPlayer so what chance BT?

My view always has been is that telecommunications companies should stick to what they understand and are good at. Connecting A to B reliably.

You may consider all this to be a bit of a divergence when talking about the National Broadband Strategy but it’s really not.

In my opinion, the use of the term National Broadband Strategy is far too limiting in scope as it implies a focus on only justifying and planning an increase in satellite capacity. This is of course important, but is a smaller part of what the Falkland Islands needs to do to really participate in the global digital economy that is transforming the world.

In my limited view of Communications Week, I never heard anything about encouraging the development of local Internet businesses and entrepreneurs to develop Internet services in the Falkland Islands.

The Internet does not just exist everywhere outside of the Falkland Islands; it should exist locally in the islands as well as it does in most other countries.

This is the pivotable large element that is missing in the strategy. I talked about  many of these services in my post The vision of a high-speed local ‘cloud’ on the Falkland Islands.

I would strongly suggest that the name of the strategy be changed to the National Internet Strategy and the scope considerably widened to encompass the creation of a local high-speed network as the foundation for island-based Internet services. It also needs to address all the actions required to create the right environment to encourage the development of Internet-based services in the Falkland Islands by businesses and entrepreneurs.

2 The role of ISPs

Countries do not look to their ISPs and telecommunication companies to propose, create, implement the plethora of new Internet services continually becoming available. That is not in in their bailiwick, capability or culture. For example, ISPs do not run video streaming services.

A carriers’ culture is all about ‘operational excellence’. It’s about creating and maintaining reliable connectivity services and minimising risk. This approach necessitates incremental steps of improvement. Innovation is limited to network related technologies that will achieve this goal.

You would never ask a network Operations Director to innovate as their whole culture and mentality is about resisting change to maintain network reliability. Most local carriers have this culture in abundance which is no bad thing in practice!

The National Internet Strategy needs to look at other non-technical issues that strongly hold back the creation of a Falkland Islands family of Internet services.

One of the pivotable ones is that of the scope of the monthly usage quota. This has been talked about time and time again in both public and private meetings in the Falkland Islands.

The principle reason for implementing a monthly usage quota regime is that it is a key tool in limiting the level of the Internet traffic transiting the Falkland Islands’ satellite to prevent congestion slowing down the service.

It achieves this by instilling a comprehensive and all-consuming attitude in consumers and businesses to limit their use of the Internet. This is policed by top-up charges or a total cut-off of access to the Internet.

There is no technical reason for applying the quota to Internet traffic that remains in the Falkland Islands. This is a major hinderance and disincentive to creating a thriving Internet of services in the islands run by companies or new entrepreneur-driven start-ups. Indeed, at the risk of understatement it actually suppresses it.

Segregating traffic is technically straightforward and adjusting billing systems to cope is not impossible either. This is really only about what usage data is fed into a billing system.

Only satellite-transit traffic should be subject to usage quota

Yes, there will be strong objections to undertaking this as it would be perceived as a potential threat to revenue. This could not be further than reality in practice as removing this in-island usage quota will open opportunities for innovative and chargeable connectivity services. Of course this is only possible if the local network is enhanced sufficiently to be able to handle the higher levels of IP traffic.

4 Nothing moves forward without risk. Risk is good.

Proposing an Incremental Approach to the future Internet development is all well and good but it creates only an illusion of being in control, of doing everything that is technically feasible and affordable and has an air of strong fiduciary carefulness. This is not how things are done in the brave new world of digital economics. Reality is sink or swim.

An Incremental Approach starts from where you are; a little step forward is made; then another one and another one; a small step in the bounds of the possible, the doable and affordable. You can stand where you are now and project five or ten years forward. It’s safe probably; manageable definitely. With an Incremental Approach the future is flat and predictable. This is not how Internet traffic grows year-on-year! 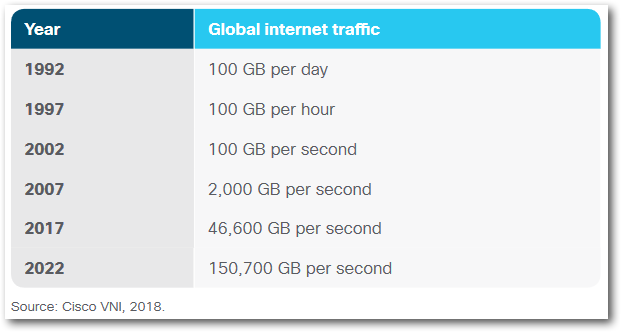 An Exponential Approach involves big step-change bold moves making the future seem full of possibility and opportunity. This is the world of the Internet. This should be the world of defining future satellite capacity and creating a Falkland Islands Internet. It should be exciting and worth getting out of bed for.

This is what is required at this time in the Falkland Islands. It is the approach adopted by St Helena in spite of certain naysayer concerns about “island affordability”. Significant change requires risk and it needs to be grabbed with both hands.

5 Finally, an exciting challenge for the Communications Week consultants

There really has never been a better time to really articulate a wide-ranging Falkland Islands Internet strategy and the opportunity should not be allowed to slip away. In that vein, I’d like to throw out an exciting challenge to the consultant companies that attended Communications Week and who are aiding the Falkland Islands Government in the development of the National Internet Strategy. 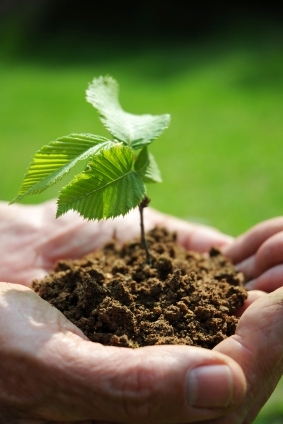 The challenge is to step out of the normal comfort zone and not just provide a boiler-plate set of Incremental Approach safe options, but, maybe in addition, propose an Exponential Approach, 5-10-year Internet vision for the Falkland Islands.

This will detail what actions, regulatory changes, financial investment and KPIs are required to develop a National Internet Strategy that will dramatically transform the islands Internet future and be something that consumers, businesses, FIG and current MLAs could look back and be proud of achieving in ten-years’ time.