This will probably be the last update on this issue. I am pleased to report that I have been notified by many non-resident VP8 licence holders that their lifetime VP8 licences have been restored for use in the Falkland Islands only. This is a continuing issue for those who want to use their VP8 licences in Antarctica. To keep abreast of this situation please look at this post.

I received my new licences from the Falkland Islands today.

Along with others, I received a boilerplate email from the Falkland Islands Communications Regulator yesterday –

“On 18 Jun I wrote to you telling you that you no longer qualified for a Falkland Island Amateur Radio Licence.

Following a successful Appeal under Part 14 of the Communications Ordinance 2017, your licence will be revalidated, if that is still your intention.

The purpose of this email is to tell you of that decision and that action will be taken in the next 7 working days to restore you licence and send it to you.

can you let me know as soon as possible.

The case of ‘Gare v Falkland Islands Communications Regulator’ will not proceed to court in November after all.

After further consideration, the Regulator has agreed to reinstate my licences and permit me to retain my existing lifetime callsigns, VP8DBL and VP8WOS. I understand that the same principle will be applied to other non-resident lifetime VP8 licence holders on a “case-by-case” basis. The Regulator will also reimburse my legal costs. I have agreed to this. 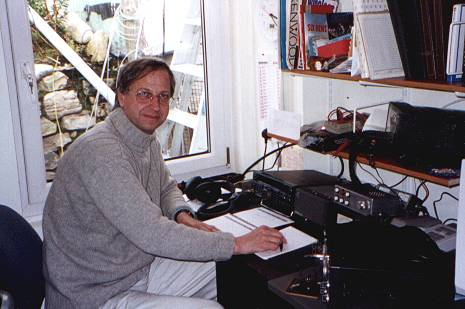 The history of the ‘Notice of Appeal’

Many non-resident amateur radio enthusiasts have operated from the Falkland Islands and to a lesser extent, the former Falklands Dependencies (now British Antarctic Territory and South Georgia & South Sandwich Islands) over the years. To do this, they needed to obtain a VP8 licence from the Post Office in Stanley.  Most of these licences until recently were issued on a ‘lifetime’ basis.

A stated aim of the 2017 Communication Ordinance was a desire to bring “amateur radio licencing into the 21st Century” through a VP8 licence re-validation process that ran from the 10th February to 30th April 2020. This was needed because local licence records were in a bit of a mess with few contact details being up to date or accurate. Like many others, I thought this would be an excellent exercise to undertake.

“All licences held by overseas licensees are assumed to have expired”

Re-validation required all VP8 licence holders to provide up-to-date contact details. Overseas licence holders were additionally asked to provide a copy of their local amateur licence to prove they had adequate qualifications to hold a VP8 amateur radio callsign – standard practice in most administrations worldwide. Residents, or individuals staying in the islands for more than 6-months, need only self-certify to obtain a licence. This exercise would enable the Falkland Islands Communications Regulator to transfer existing VP8 licences into the new licencing regime to make them compatible with the new Ordinance.

Many non-resident VP8 licence holders promptly followed through with this re-validation exercise, even though it had been given scant publicity outside of the Falkland Islands.

However, there was a subtle but significant change in the new Amateur Radio Licence Terms & Conditions.

For an existing lifetime VP8 licence to be re-validated, the Licence Guidance Notes stated that a Full Licence would now require –

“Documentary evidence showing the applicant will stay in the Falkland Islands for a period longer than six months”.

The result for all non-resident lifetime VP8 licensees who undertook the re-validation exercise was the Regulator stating:

“Regrettably you do not, therefore, qualify for a full lifetime licence. Should you ever travel to the Islands in the future you would be able to apply for a full temporary licence at the time.”

In the new licencing regime, when visiting the Falkland Islands, you would be able to obtain a temporary licence. However, the license Guidance Notes does not state that your existing VP8 callsign would be re-issued to you. They still don’t.

As this issue came to light, it caused much discussion in the amateur radio world, and many felt their ‘on-air’ identities were being needlessly destroyed.

For myself, “the case was closed” as far as the Regulator was concerned, Losing my lifetime licences in this manner made me realise that I had little choice but to raise a complaint about the Regulator’s action in the form of a ‘Notice of Appeal’. This was due to be settled in the Stanley Magistrate’s Court in November 2020.

My Stanley-based solicitor lodged the Notice of Appeal in mid-July 2020. The solicitor provided a comprehensive set of legal arguments based on the principles of Judicial Review.

These included – error of law, legitimate expectations of the re-validation process, lack of proportionality, procedural unfairness, irrationality, procedural impropriety/reason/mistake, lack of grandfathering, and illegality. This was a well-conceived document and wholly captured my views on the matter. I felt confident that I had a solid moral case, as well as a legal one.

This was also to be the first time that a Notice of Appeal has been lodged against a decision of the Regulator under the Communications Ordinance (2017), demonstrating the importance of having a straightforward procedure to hold public authorities to account in a public forum.

Once the Notice of Appeal had been formally lodged with the court, the next step in the legal process would have been to request the Regulator to disclose relevant documents that may have clarified the reasoning behind the pressing need for a permanent residency requirement in the new VP8 licence. In legal terms, this is referred to as ‘disclosure’. By settling out of court, we were not able to understand where the desire for a residency requirement originated, but that does not matter at the end of the day.

For the full detail of what lead up to the Notice of Appeal, please read here and here. 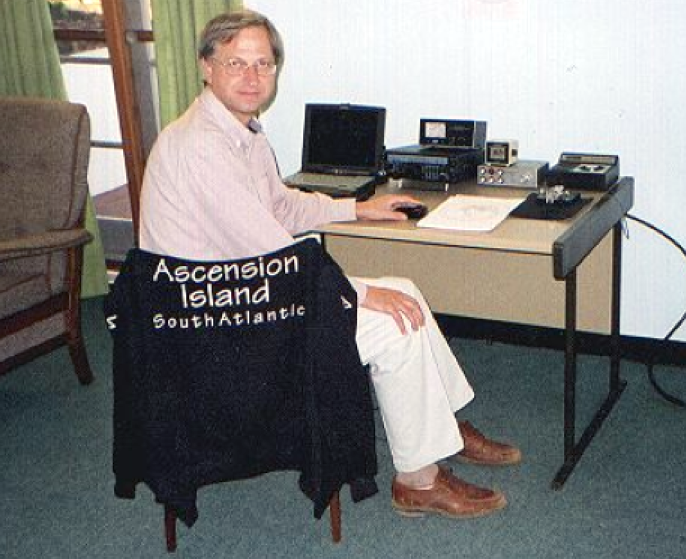 Chris operating as ZD8SIX on Ascension Island in November 2002

The Regulator’s agreement to settle

While the legal process had already begun to take its course and a full hearing had been scheduled for November 2020 in the Stanley Magistrates Court, the Regulator’s lawyer contacted my solicitor with an offer to settle the matter without the need for further legal intervention.

It was also stated that all my legal costs would be met.

It made complete sense for me to have agreed to this, especially as it set a precedent for other affected non-resident Falkland Islands VP8 licence holders also to have their lifetime Falkland Islands VP8 licences restored similarly and equitably although on a “case-by-case” basis. Perhaps, in a tacit acknowledgement of the fact that there were other operators in the same situation, the Regulator asked for details of any other licensees known to be affected.

The case is now concluded with the Falkland Islands Magistrates Court approving and issuing the  ‘Consent Order’.

What should other non-resident VP8 Falkland Islands licence holders do now?

Hopefully, re-validation of your non-resident Falkland Islands VP8 licence should now be straightforward. This should be irrespective of whether you’ve previously attempted re-validation and was unsuccessful, have not bothered with re-validation for whatever reason, or have not even heard of the need to re-validate until now.

Indeed, the Regulator may already be in the process of providing you with a new lifetime VP8 licence for use in the Falkland Islands for your existing callsign under the new Communications Ordinance. However, if you have not been contacted within a reasonable period and you wish your existing lifetime Falkland Islands VP8 licence to be restored, then you should contact the Regulator.

I want to thank everyone involved in making this happen, and for the extensive level of support I received from many Falkland Islands residents and VP8 licence holders both on the islands and around the world. I would also like to thank my Falkland Islands solicitor, Stirling Harcus, of Pinsent Masons who now knows much more about amateur radio than before the case.

I look forward to maybe working some of you from the glorious Falkland Islands someday!

Note to editors: You are welcome to reproduce or paraphrase any text from this post without seeking our permission.